I’m staying with the chocolate rum theme.  These rum balls are inspired by some cake balls I had at a birthday party they were so addicting I wanted to keep eating them.  I went home and started looking up recipes and found this version of cake balls, but with brownies and rum. Sign me up. I found that a cake like brownie mix soaks up the rum better and use about 1/2 cup of rum, a nice dark spiced rum. The added sprinkle of salt on top adds a nice contrast to the chocolate and hides where my toothpick was used during dipping.  Use a microwave or a chocolate melter to melt the chocolate chips for dipping the brownie balls. I use almost a whole bag of chocolate chips for one batch of dough balls and I add like a teaspoon of coconut oil to the chocolate to thin it out just a touch. 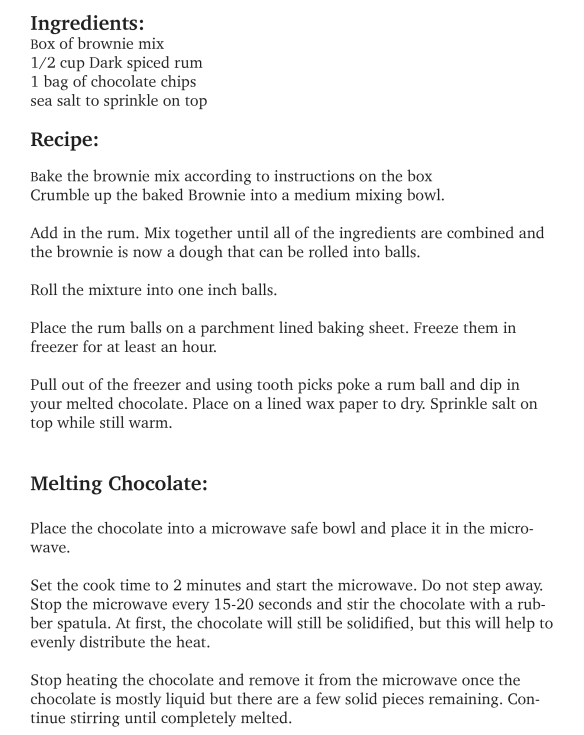 Great for the holidays.